Another weekend of racing is in the books, and other than a game of hearts at the Castro cottage on Saturday night, I came up empty handed in the results department, but not empty handed overall.  You see, I have determined that it is up to me what I take away from each race, and my goal is pretty straightforward: analyze races to find the weak points in my racing, then make those weak points a priority during the coming months.  Write a blog about it to cement the resolve.  Reevaluate after every weekend to gauge progress.  Repeat ad nauseam until I start winning bike races again.  This is precisely the sort of approach to continuous improvement that corporate America developed in me before I disconnected from the machine.  If it works for their bottom line, it is as good a method as I can think of for improving my racing.

The first day of the omnium was a 70 minute circuit race in the morning followed by an 8 kilometer time trial in the afternoon.  I ended up 19th in the circuit and 14th in the TT.  Neither was as good as I was hoping for, but as long as I measure success by actionable goals, I was a champion, because there was plenty to improve upon that day.

First off, my preparation sucked.  It is obvious that I was never an Eagle Scout; no brake pads for my race wheels, and no cassette tool to put a cassette on my disk.  If it wasn’t for Sol Frost from Austinbikes saving my ass, I would have been sans disk in the afternoon.  Not a big deal, except for when you actually want to go fast.  More on this later.  Long story short: I need to start paying attention to those checklists Coach made for me when I was just a wee cat 4.  It turns out I haven’t outgrown their usefulness. 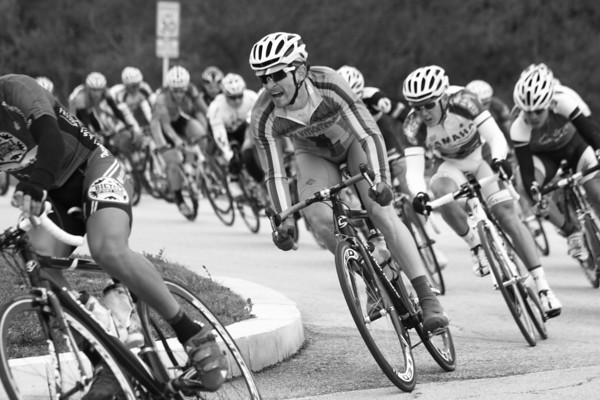 Next, the circuit race was another study in low hanging fruit.  It was a fast course with a hill and a few turns; standard fare in Texas.  What isn’t standard fare (or maybe it is) is my ability to take the turns while maintaining a high level of velocity.  From the extensive research that has been conducted by my team of research scientists over the past two days, shedding too much speed coming into the corners means I have to work that much harder to return to my original velocity post turn (P<0.001).  This applies to time trials as well, and is probably even more critical. 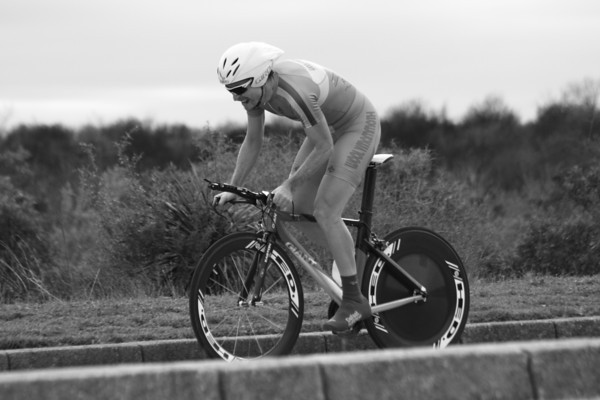 Last, the time trial and the part of the weekend I was looking forward to the most.  Here, Sol saved me so I could actually use my disk, which is pretty much required to go really fast, unless your name is Chris Trickey and you decide to do the TT without one and end up beating your hero (nameless) and finish one tenth of a second behind your teammate that is so proud of his ability to time trial (also nameless).  For a guy that supposedly doesn’t time trial, he rode a good one at right under 30 mph.

On the morning of the road race, the team walked out the front door of our cottage and found that the crazy-mild winter we’d been having up until that point was replaced with real winter.  The temperature had dropped from 75 degrees earlier in the week to 42 degrees.  Despite the chill, there wasn’t a single dress code violation to be found; the importance of these things have not been lost on us.

Not much to say about the road race, except Andrew Willis of Holland Racing once again did an awesome job with course selection for this one.  It was a hard race that blew apart soon after the pace was picked up halfway through.  This is also pretty close to where I was jettisoned from the flotilla and forced to make my way back around the loop one more time in a somewhat less accompanied manner.  The improvement plan from this one can be summed up in one word: patience.  Lighting off a flare and going all-out to join every would-be escape and ultimately blowing up may not be the best way to spend energy 50 miles into an 85 mile race.  As a cat 2 in a P/1/2 race, it’s not my job to be the one that chases the break.  I need to spend more time in conservation mode while being attentive to what others in the peloton are doing so I can better identify and go with the peloton when they are going to chase.  I feel that this is one of the harder skills to learn, especially at this level when a single mistake can get you dropped out of the pack.

I got to spend the weekend racing with teammates, and Willis was able to keep the rain away from the races despite having rain everywhere else in Texas.  It wasn’t a bad weekend by any means, unless your definition of bad encompasses only the “not winning” category.  I don’t like losing, but I’m trying my best to not fall into the trap of viewing bike races, especially at this time of year as a Cat 2, through such a narrow lens.  The way I see this weekend, I walked away with a lot of information about what I need to work on in order to continue improving over the course of the entire season.  After all, evaluation and feedback are the cornerstones of learning.  Without those two things, we simply stagnate.

4 responses to “Learning about Bike Racing at Alsatian Omnium”