or: How I Learned to Stop Worrying and Love the Bike.

The off-season is officially over.  For me, the last two weeks of October were categorized by long periods of physical rest punctuated by brief, intense spells of mental restlessness.  Repeatedly, over the first few days of those two weeks, I succumbed to near panic attacks as I watched the well-tuned fitness I had developed over the last few weeks of the season slowly die like the embers of a once mighty fire.  I had no desire to be racing or training, but I still had frayed nerves from the vast, empty time that lay in front of me.  To survive, I channeled the nervous energy into other tasks.

During this period, I was able to finally get around to working on projects that were on my list but never really had the time for during the season.  The mix of cooler weather and free time provided the perfect environment to precipitate action out of somebody that is used to riding for at least 3 hours a day.  I cast off the spandex bibs in favor of my trusty (but equally ridiculous looking) gardening hat and went at it.  All it took was a day off from work and a full Bodum to turn a stack of extra two-by’s into a new raised bed garden.  Add some seeds and some water and let the waiting begin. 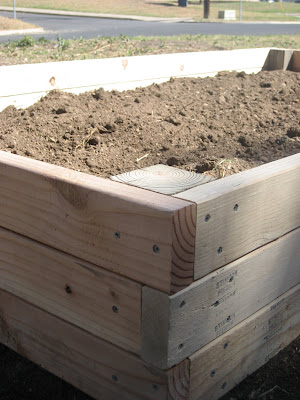 The waiting; this was the hardest part of the off-season for me.  For those two weeks, everything seemed to be in suspended animation.  Coach put a restraining order on the bike and the discipline that comes with daily rides.  A mind that is occupied by nothing but waiting can be convinced to do anything.  All of a sudden, things that were terrible ideas a month ago are perfectly acceptable.  Rain on a Saturday morning?  Sleeping in.  Sweets?  Yes, please.  Beer with dinner?  Can’t hurt.  Wine glass filled with bourbon?  Bueno! 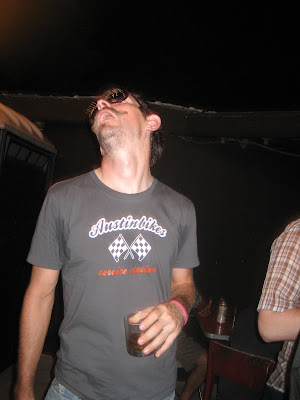 Without the need to get up at 6 am to get a ride in, one beer easily turns into many beers.  And why not?  The consequence of a hangover can be spread out over an entire day and is often completely forgotten about when that one teammate  (you know the one; he’s on every team) calls back at 7 pm to repeat the process from the night before and go get “a beer.”

After the two week descent into debauchery, even the most race fatigued mind is ready to get back on the bike to return to something that even vaguely resembles a routine.  As soon as the cleats clip in for the first time for the first ride, the world exhales; the pause is over.  Somewhere over those two weeks, a mind that was fried off of bike racing re-discovered the ability to enjoy riding a bike again.  Seemingly out of nowhere, what appeared fallow is now beginning to show signs of life. 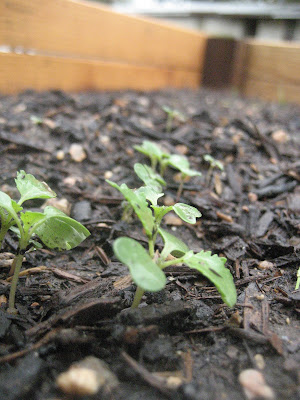 Bring on the base miles.

September is lazily rolling to a close and calendars everywhere are running out of pages: the last monument of the World-tour calendar, the Giro di Lombardia is a few short weeks away and the Texas State Championships concluded the official TXBRA calendar last weekend.  The end of one calendar year always brings with it the start of the next; a time of year I like to think of as the Euro New Year.  Racers everywhere are getting ready to hang up their race bikes for a couple of weeks before starting to build toward the fresh spring races; only a few more Driveway races remain to entice the Austin-area peloton to continue throwing legs over the top-tubes to ride out whatever fitness remains from State.

For some, the Euro New Year means a much needed vacation from the bike, after close to 9 months of sacrifice, to let the mind recover; time spent with our ladies and our friends (or our lady-friends, if you’re following me) enjoying beers and other divine treats that were feared and avoided during the season.  Others will ride the fitness wave into Cross season and get exposed to crazy things like hecklers, cow-bells, barriers, high-side primes and run-ups.  Personally, I’m in the former camp and not the later, although I will be doing my best to mix the former with the later by making appearances at the cross races (ladies, friends and beers in tow) to heckle the suffering masses.  Regardless if the plan is completely removed from the bike or is a simple change from calipers to cantilevers, the basic goal is still the same: immerse a tired mind in something relaxing; bring fun back into the equation. 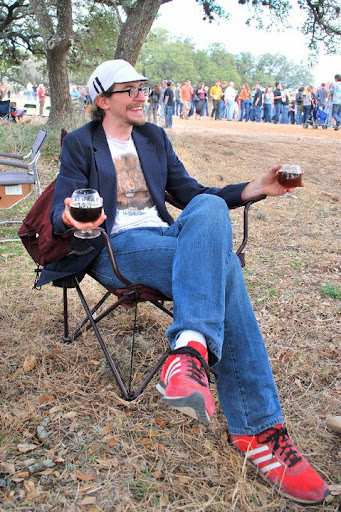 Notice the relaxed posture, the beverages (Belgian style, of course) and the lack of form-fitting clothing; this man is ready to celebrate the Euro New Year.

As I’ve mentioned, during the weeks around the Euro New Year, it is customary to relax one’s lifestyle slightly; possibly even smiling during what rides there are.  Oddly enough (or predictably if you are of the initiated) this period of relaxation brings with it an inner consciousness, resulting in an almost automatic reflection on the past year and projection of riding goals into the coming months.  The hours that were once dedicated to endeavors such as riding and racing will be dedicated to talking and thinking about these endeavors; a minor difference indeed, but a very important one.  So vitally important because reliving past successes give us an idea of what greater success will taste like, while every failure is used to stoke the motivational fire that cooks that wonderful fire-grilled success pizza.  Hopes and dreams are born during the Euro New Year.

“Nobody can go back and start a new beginning, but anyone can start today and make a new ending.”  -Maria Robinson.

I got this quote with my check at Blue Dahlia Bistro (kind of like a fortune cookie…except at a French bistro, and the bill isn’t a delicious cookie) and found it very fitting to the New Year.  It is impossible to change the events of last season, but ripping legs off next season is the fastest surefire way to forget about them.  So, to all my friends, “Happy New Year!”  Or, as they would say in Flanders, “Gelukkig Nieuwjaar!”