A Short Break from Fatherhood

It has been a little over 4 months since I touched a bike.  I haven’t had much contact with anybody since Winnie was born, but this guy calls me out of nowhere to go for a ride.  Thanks buddy.  I needed it.

Living in a Post-Facebook World

“Domain “mattivonkessing.com” will be auto-renewed in 5 weeks!”

8 days ago, again.  Another reminder.  I had completely forgotten about my little corner of the internet.  Facebook had completely supplanted (in my case, at least) somewhat coherent essays (maybe not in my case) as the narcissists’ tool of choice for shameless self promotion.  In my defense, “introduction, support, support, support, conclusion” is a hell of a lot harder than finding somebody that has already eloquently published an idea on the internet, then clicking share to instantly beam it to friends, relatives, or simply the guy that gets my post thrown up on his wall because a friend of a friend liked something enough to like it.  But that isn’t the whole story.

The truth is, I enjoyed the time it took to write.  The process of slowing down, writing a set of loosely-related ideas about a weekend of racing, then weaving together a little bit of internet fabric was a forced reconciliation of everything that happened over the previous weekend.  Somebody only does that when they feel what they were doing is worth the time investment, and I used to feel that way about things.  Those things were mostly bike racing, but I felt it about something.  Then I got married.  I bought a house.  I jumped back into my career.  The time I used to spend on the bike and the subsequent time spent writing about it was instead spent with my best friend on my off days, fixing up a house.  To be very clear, not writing about these activities doesn’t mean they weren’t important.  I just didn’t write about them because the new activities, Facebook, and composing internet musings couldn’t all fit.

And this goes back to the relative difficulty of self promotion through Facebook versus the blog.  With the time that was left over after doing all the important things, I defaulted to the mindless option of throwing up on people’s walls and let this outlet fall to the wayside.  I chose the instant gratification of celebrity photo slide-shows and cat videos over developing a skill that I enjoy using.  I realize this now, so I shut down my Facebook.  Less time mindlessly surfing a site that is designed for targeted marketing, means more time writing.  So an overhaul is coming.  Maybe some retrospective pieces on what I’ve been doing the last 3 years instead of racing my bike.  Maybe I’ll post cat videos directly to my space on the internet?  I’ll work on it over the next couple of weeks in my spare time and roll it out on the anniversary of MvK.com.

But, with all that said.  This is still a tool for shameless self promotion, so make sure you share this on your Facebook.

I just realized that I’ve been doing this blog for about a year now; my first post was last year’s edition of the Ronde (von Manor), and with the same race coming up tomorrow and Sunday, I thought it might be useful to look back and see what happened last year in the Cat 3 race.

The course is just shy of 12 miles per lap and contains one significant climb at approximately mile 5.  To me, this isn’t the most notable aspect of the course; a short, steep hill will hurt the peloton, but combined with the 4-mile long false flat directly afterward, it makes the perfect place to launch an attack to split the field.  In the lower categories, a fresh peloton makes a split less likely on the first couple of laps, but anything can happen.  My plan was to initiate a move on the 4th trip up Bitting School Road.  It worked, and there is no reason the same strategy won’t work again this year.

Even without the raw power to single handedly ride away from the field at this section, a higher level of awareness will increase the chances of going with the winning move, because somebody in the field will be strong enough to make the required effort.  Take the 2012 edition of Milan San Remo just last week: Vincenzo Nibali attacked on the Poggio and Chancellara and Simon Gerrans went with him.  What followed was Chancellara shredding the descent and the lead-in to the finish.  Gerrans did everything he could to hold Spartacus’ wheel, coming around him to win the sprint and the first monument of his career.  Gerrans admits that Chancellara was the strongest person there, but Gerrans still took the win through smart bike racing.  Gerrans needed to be attentive and impeccably positioned on the Poggio to take advantage of Chancellara’s effort, and he was.

The most important thing to remember is to anticipate the hill and be in a good position to go with a move on any lap, although the later it gets in the race, the higher the probability that something is going to go.  If a few hitters make a move, I’d suggest going with it.

Good luck, and enjoy the race.

Not only are we fortunate for Holland Racing to put on an event like the Pure Austin Fitness Driveway Series every Thursday night, we also get incredible photographers like Dave McLaughlin and Jim Hicks to come out and capture us doing what we love. 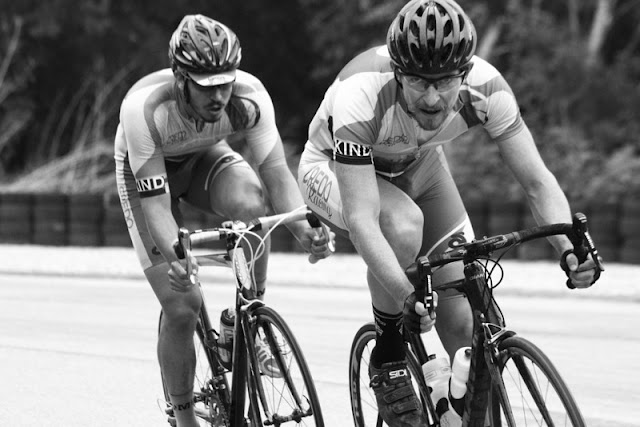 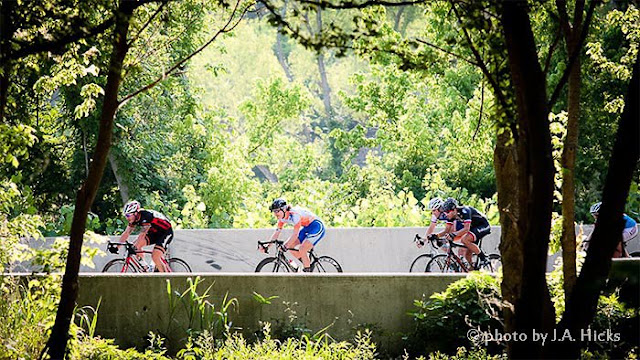 Some of my favorites, courtesy of Jim Hicks.