I just want to set something straight: as hilly as this course is, Lago Vista is not a “climber’s” course.  No matter which way you run it, clockwise or anti-clockwise, it is not one for the climbers.  On Saturday’s course, run clockwise, the main climb is approximately one and a third mile long at a steady 2.5% grade.  The reverse course, raced on Sunday, covers the same elevation, only the climbing is punctuated with steeper pitches.  The 15% grade at the start of the climbing punches you in the solar plexus and the rest of the climbing laughs in your face as you gasp for breath.  The steep pitches don’t crank up for long enough to separate the true climbers from the sprinters.  Saturday is a day for the guys that can crank out big watts for long periods of time, and Sunday is for the explosive riders that can repeat massive efforts over and over again. 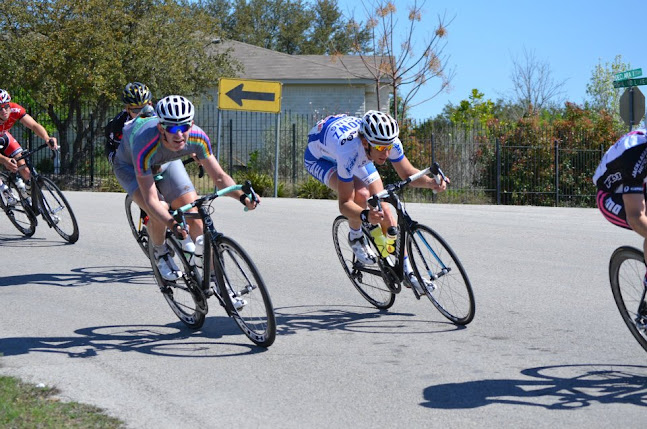 With that being said, Saturday was the course better suited to my particular skill-set.  The long steady drag on the backside of the course with a modest headwind set the stage for large teams to take the stage and gutter the field.  With 11 riders from Elbowz in the field, it was only a matter of time before the carnage started, because when the table is set for a feast, somebody is going to eat.  To survive the day, starting the climb in the top 15 of the field was critical.  Every.  Single.  Lap.  In retrospect, this is where I failed.  The importance of position did not sink in until the 2nd or 3rd time up the climb, when guys started to lose it in front of me and I needed to cover gaps to stay on the main group.  It became evident, although at that point I was already in survival mode. 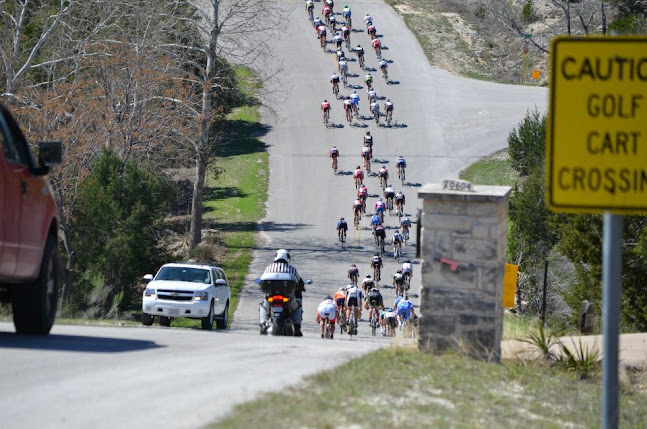 So why the trouble staying near the front of the pack, and why did it continue like that for the entire race?  For me, the problem wasn’t initially the climbing or the wind; it was the descent.  Every lap, the peloton would reach upwards of 80 kph (50 mph for the less Euro-inclined) on the steeper downhill sections of the course while taking the lazy sweeping turns back to the finish-line.  The turns weren’t techy at all, but I still needed a few laps to get comfortable navigating the corners while in close proximity to other racers.  I’d get nervous and tap the brakes in a turn that had no need for brakes and I’d lose a few positions in the pack.  By the end of the descent, I was 20 to 25 guys back from where I started, ready to start climbing again in the back of the pack where I didn’t want to be.  All the gaps I spent the precious energy covering on the previous lap’s climb were erased in a few misplaced lever pulls.  I eventually settled down and started feeling comfortable on the descents, but by that point in the race, it was too late.  I crossed the line after 83 miles in 27th place.

Saturday was hard, but I knew Sunday was going to be much, much worse based on the type of efforts that were going to be involved.  I had a chance to reflect on what happened on Saturday and I was determined to not let it happen again; my main focus was positioning.  I spent the backside of each lap obsessively moving up through the pack to make sure I hit business end of the course in the business end of the peloton.  For the first half of the race, I was extremely successful.  I spent most of it in the front, but not on the front.  The highlight of my day was having John Trujillo, a teammate that I respect for his ability to move through a field, comment on the way I was intuitively flowing into gaps in the peloton. 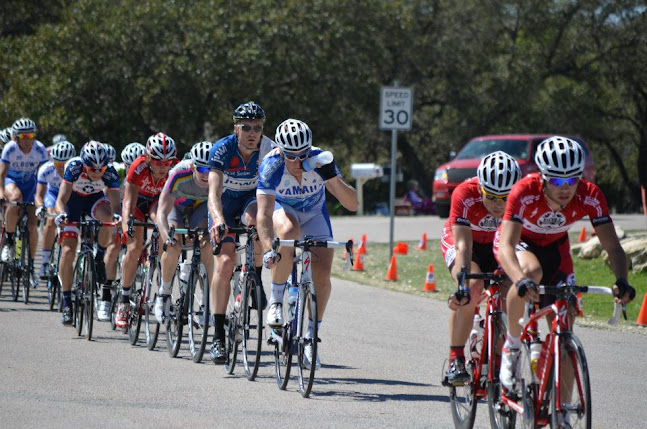 And then the hills started to wear on me and I started drifting further and further back on the climbs.  The first time it happened, I quickly dug deep and turned on TT mode to get back on.  During the next lap, I got gapped a little bit more and worked with a small group to catch back on after the turnaround at the top of the hill.  The lap after that, the gap was a little worse and the group was a little bigger, but chase we did.  We chased our asses off, finally catching the main field as we prepared to pass through the start-finish.  Just in time to start climbing again.  That was at mile 50, and on that lap, I imploded spectacularly: my race was over.

None of this is to say that I’m disappointed with the racing from this weekend, I’m simply honestly reflecting upon the weekend to identify and correct mistakes.  It is easy to fall into the pattern of not being critical enough: I did poorly at Lago because I didn’t have the fitness.  I’ll be the first to admit that lack of fitness played a part in my case, but to fall back on “lack of fitness” after every race is cheating yourself out of improvements that could be made.  What could I have done with the fitness I had at the time?  What was my potential, and why wasn’t I achieving that potential?

And don’t even start with the “I’m not a climber” line.  I don’t want to hear it.