I bought my first ever, brand new car when I graduated from Clemson University in 2006.  I needed something reliable to get me to Texas for my first job, and hadn’t quite had the opportunity to save for anything, so I ended up (for better or worse) settling on a 2006 Volkswagen Rabbit.  New vs. used debate aside, I think I did fairly well.  Anyway…

Fast forward 8 years.  The car now has 133,000 miles on it and it has given me very, very few problems.  The Rabbit has done a noble job of carrying bikes to and from a lot of races.  Now that I’m not racing, and have a job to fund projects, I figured I’d deal with some of the issues that have come up since I put my spending on a strict diet.  On the plus side, it also gives me a chance to get back to another hobby that I haven’t had time for: working on cars.  I figure a few parts here and there is much, much cheaper than spending many thousands on a car to replace this one.  Almost all of these changes are made using recycled parts from wrecked cars.

Headlight Switch: the new one installed vs. the old one.  That plastic coating peeled off of everything. 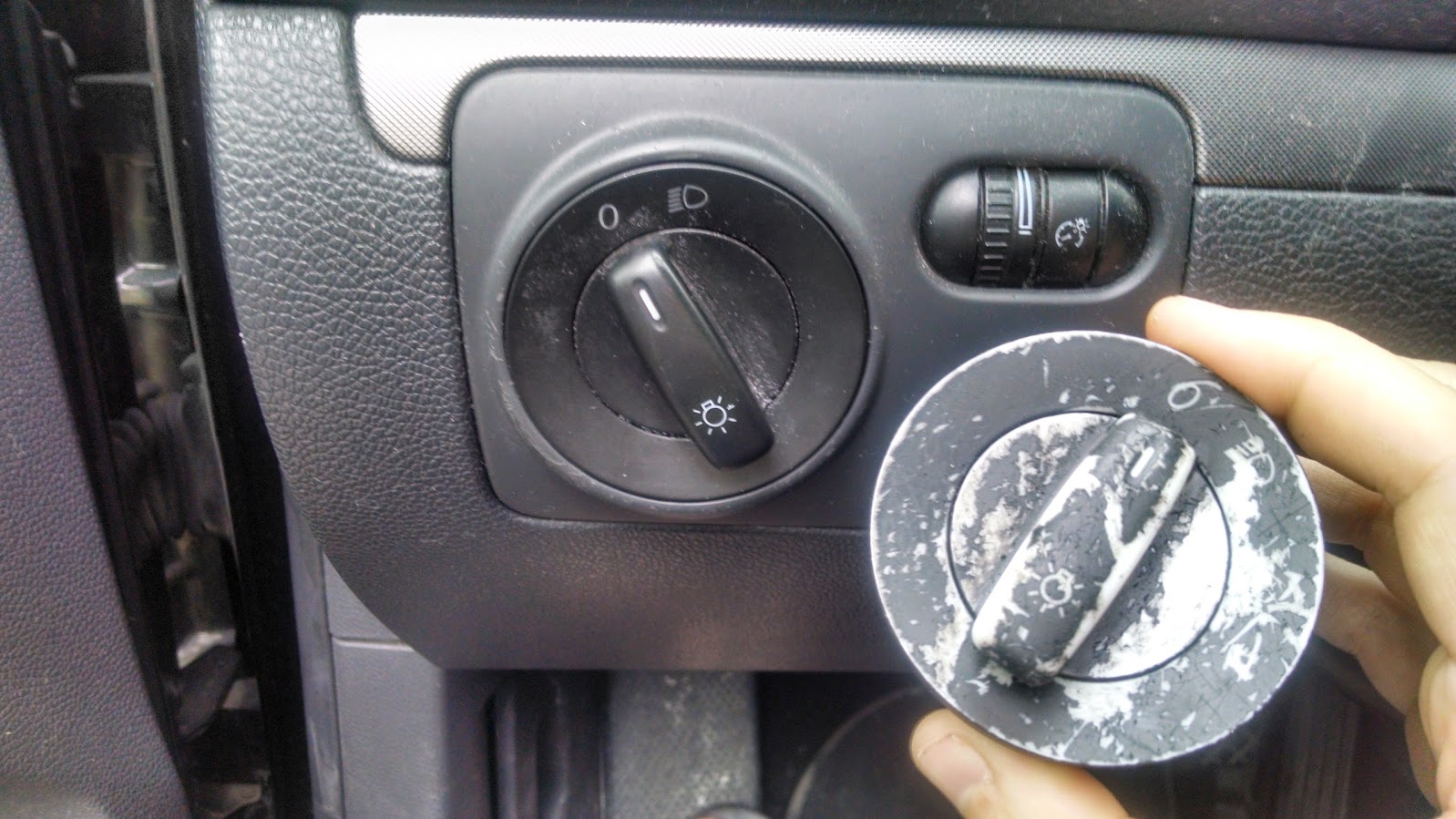 Similar to the headlight switch, the radio got replaced with a newer unit.  At the same time, I was able to find a cheap OEM media device input kit that lets me play music directly off of a USB drive.  HUGE improvement.  Em and I now load up on podcasts and audiobooks before going on road-trips.  It passes the time so much quicker.

Then the interior panels.  The cloth coverings on the doors and the rear seat side panels started to peel pretty badly.  Em was pretty grossed out by the whole mess, so out they came!  The foam backing had deteriorated from the hot, humid Texas summers.  It would crumble and get all over everything that was put in the back seat, rendering it useless.  It was only a matter of time before the front door cards were in a similar condition.  In which case, I don’t think I ever would have got Emily in the car. 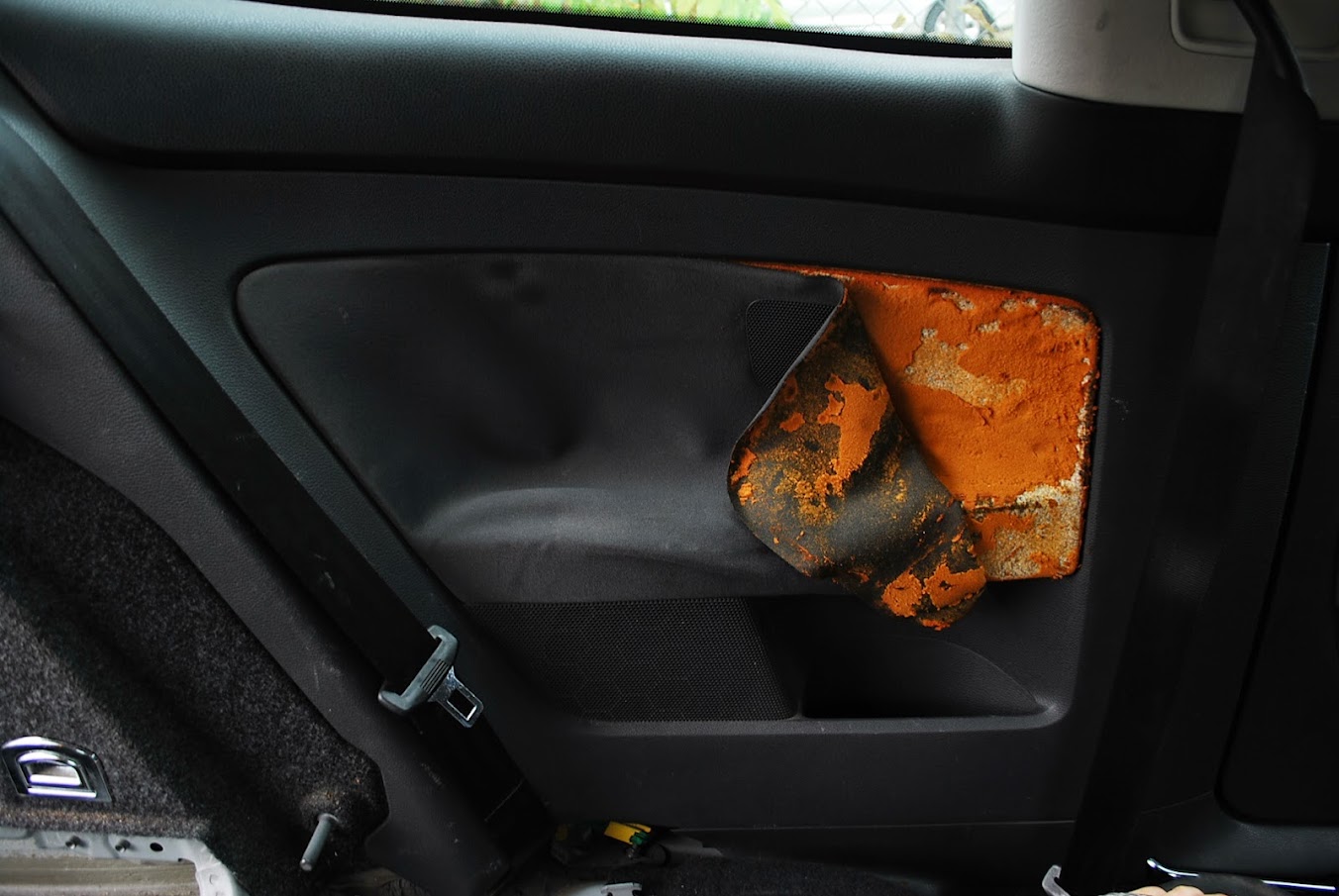 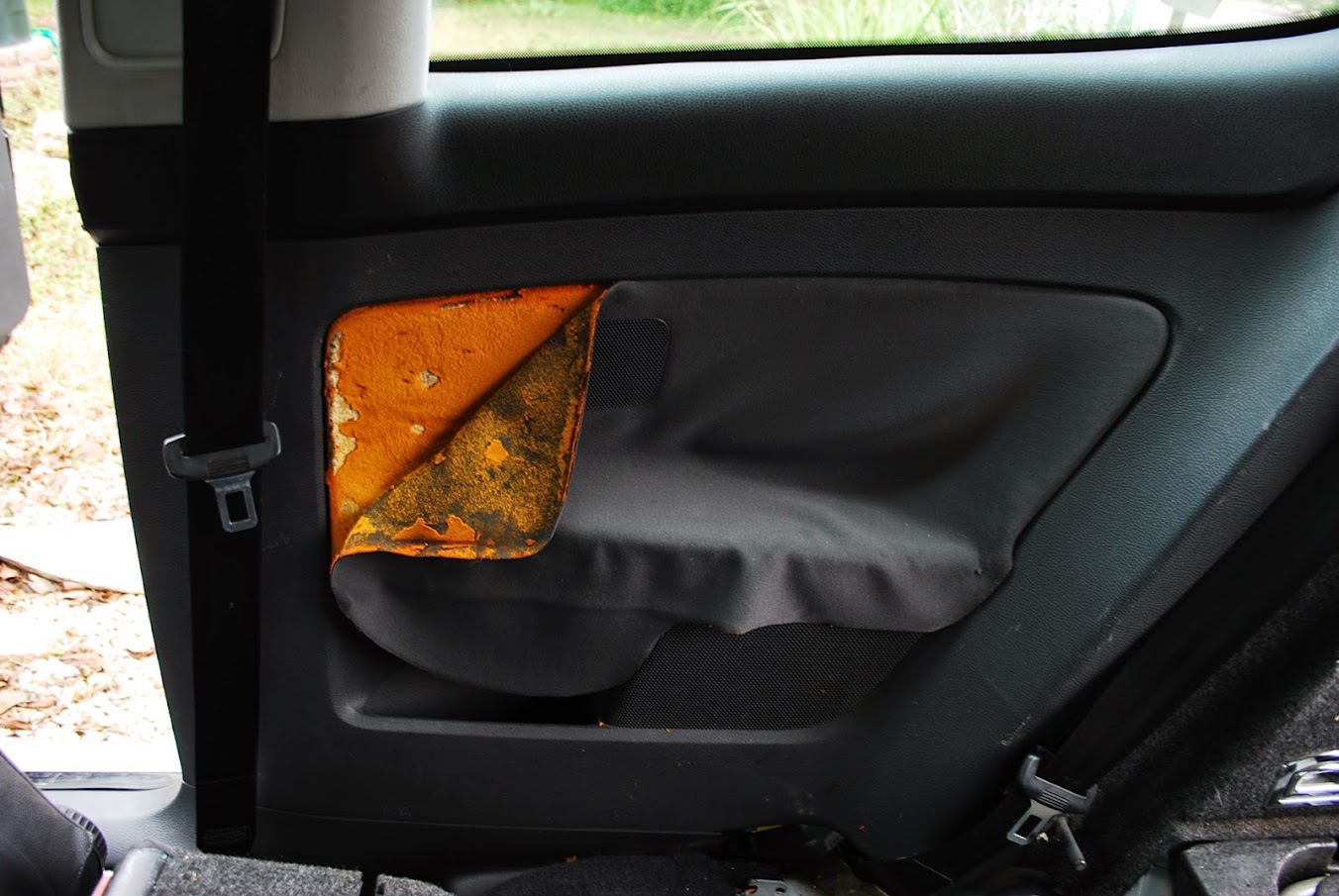 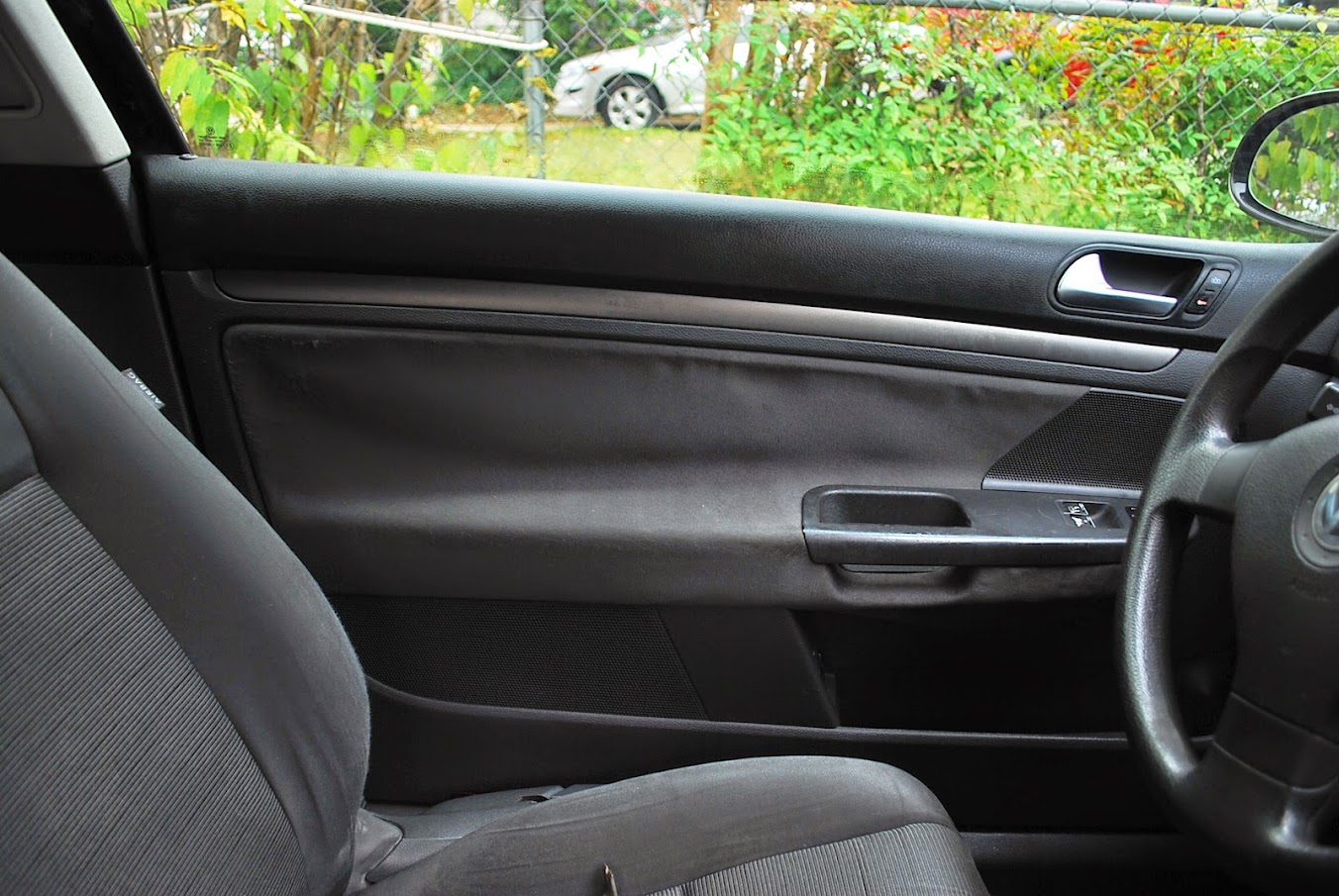 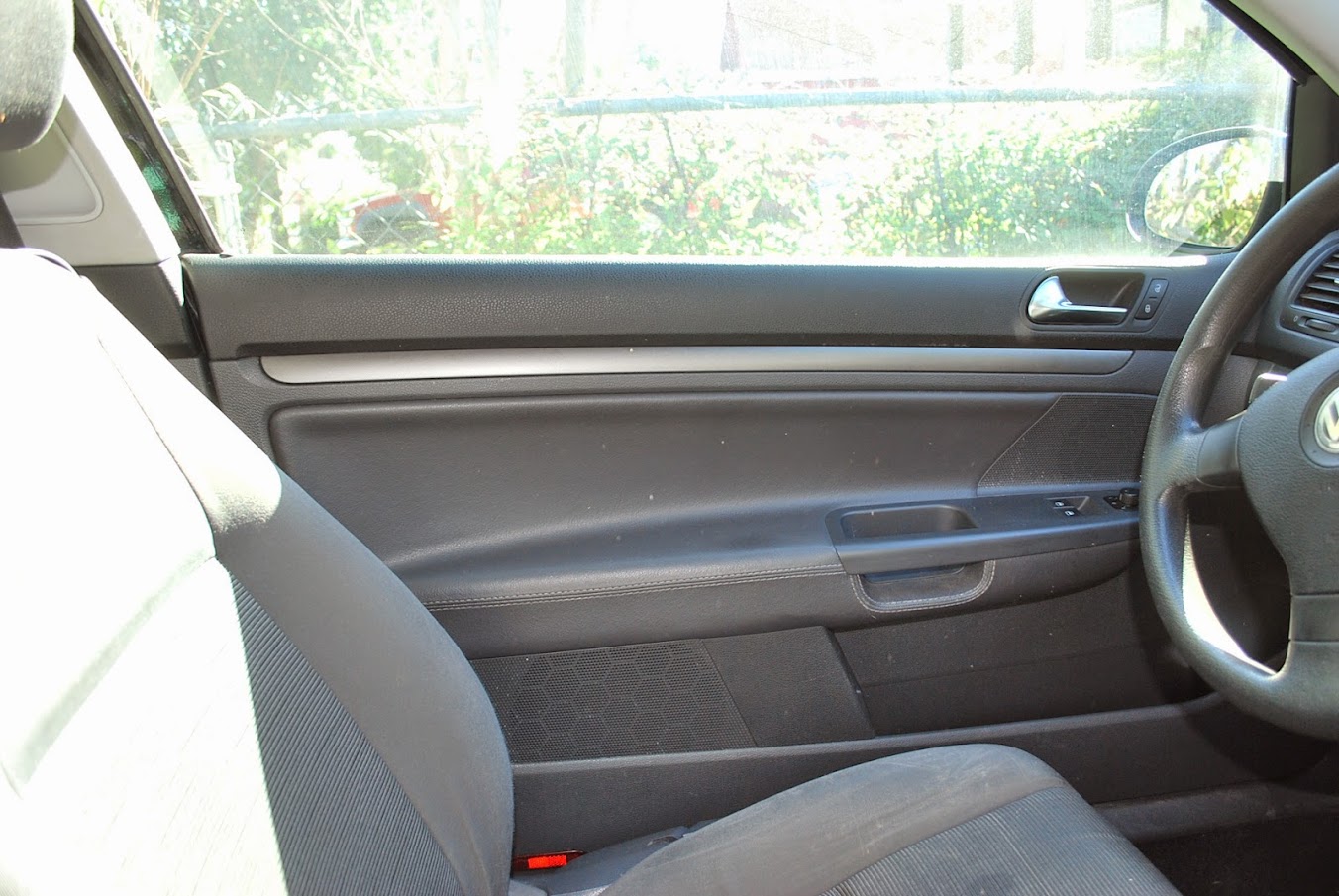 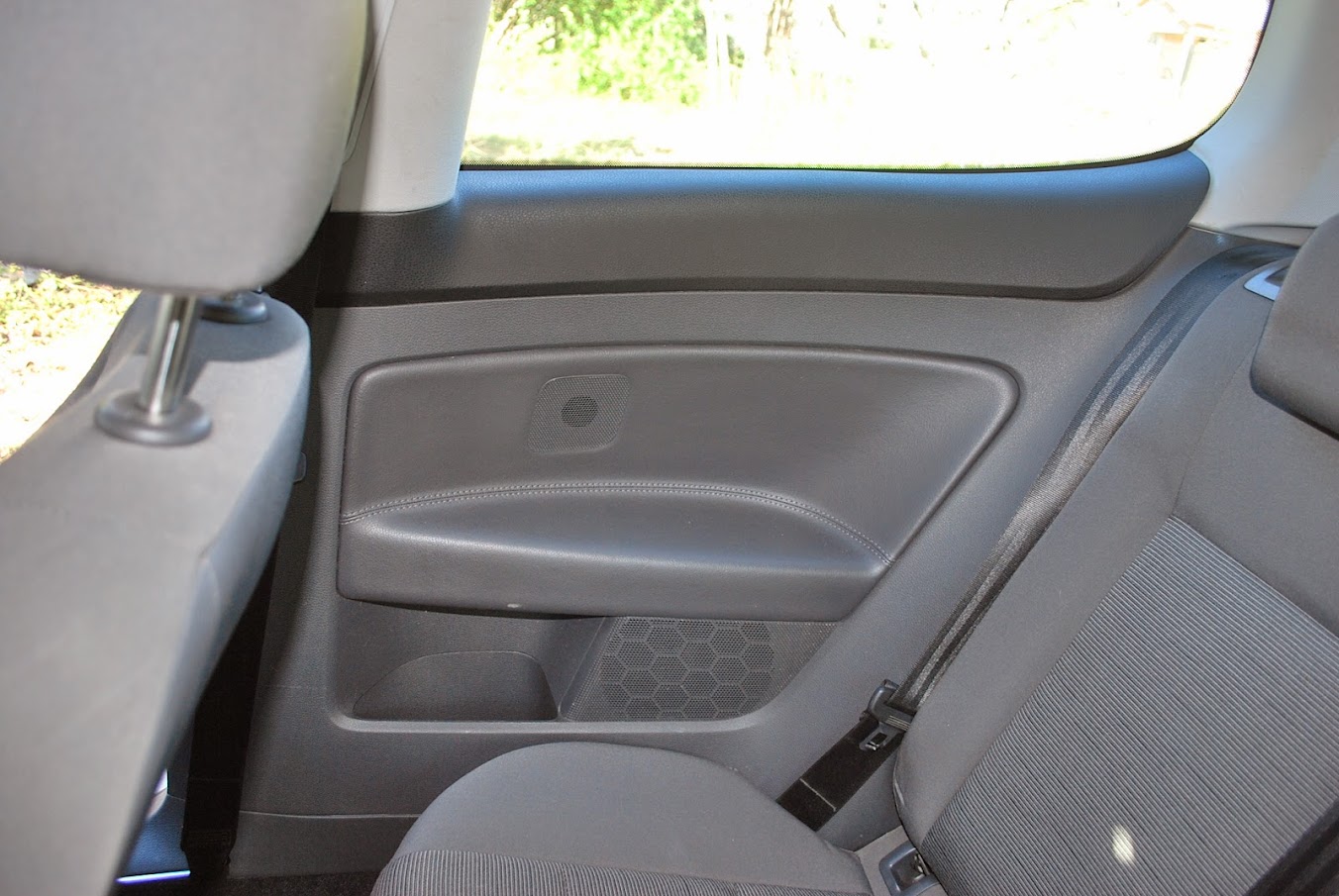 Not perfect by any means, but definitely a huge improvement over what was there to begin with.  I think it is just enough to convince me to see just how many miles I can put on this car.  More to come: